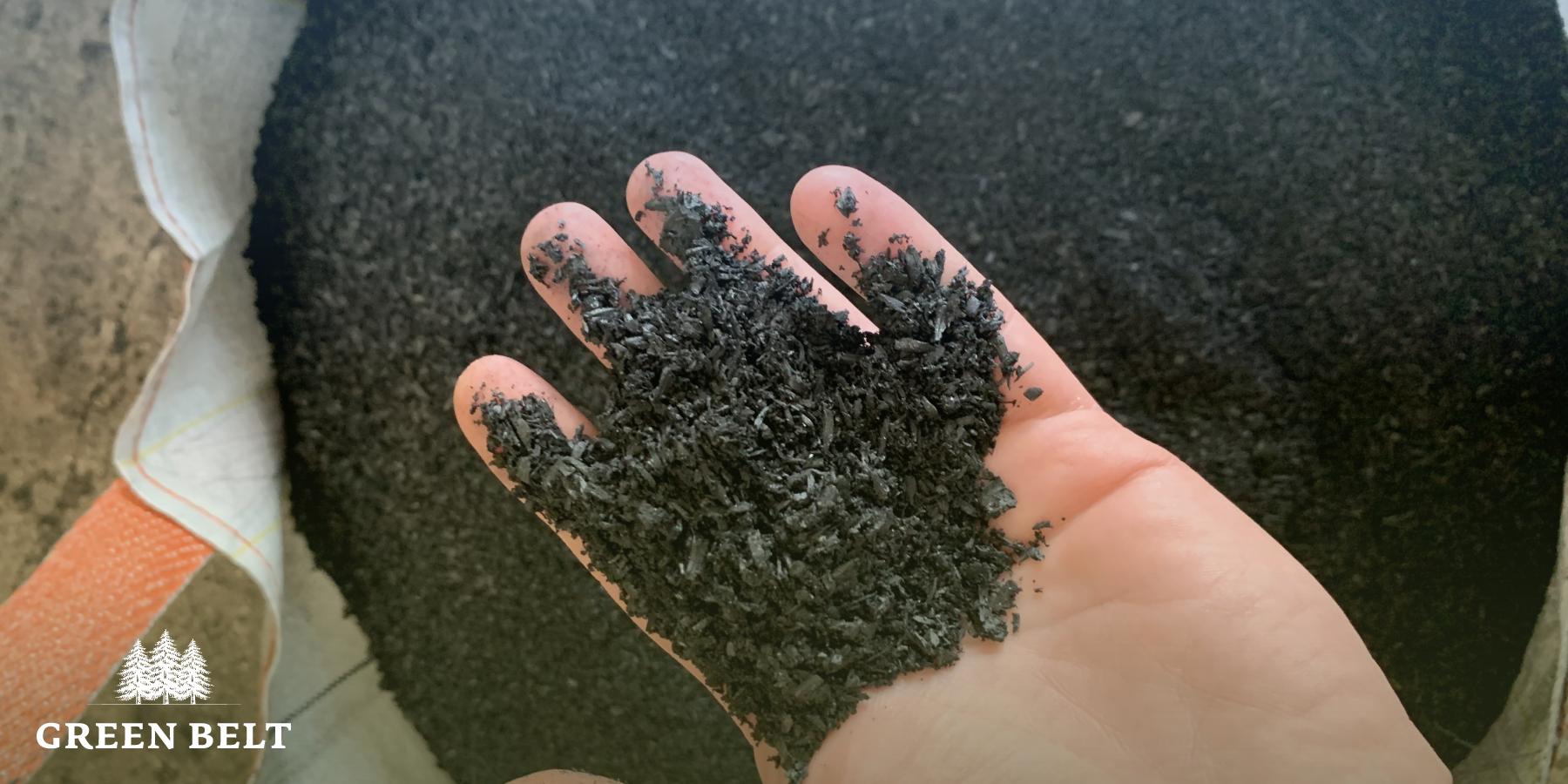 The ultimate guide to negative-emission technologies

As we read more and more about the world and how those conscious of the crisis we are in are working on solutions, we came across this article on Quartz. I know we are not meant to copy the article verbatim. We would therefore like to thanks Akshat Rathi for his work and article from 2018.

The climate economy - Every industry can be part of the solution — or part of the ongoing problem. By Akshat Rathi, Senior reporter Published October 8, 2018

The world has delayed reducing carbon emissions for so long that humanity will need to suck enormous amounts of carbon dioxide back out from the air to avoid catastrophic global warming. That’s one of the conclusions of a new report published by the Intergovernmental Panel on Climate Change.

Earlier this year, Environmental Research Letters published three studies reviewing the need for negative emissions and laying out the state of development for the technologies that can help us achieve them. Quartz has synthesized those reports to help you understand the technologies that may be required to capture as much as 20 billion metric tons each year to prevent catastrophic climate change.

ENVIRONMENTAL RESEARCH LETTERS To be sure, as the chart above shows (see associated web page), the deployment of negative-emissions technologies has to be alongside zero-carbon technologies that displace the use of fossil fuels or abate their emissions. In other words, we will also need more solar, more wind, more nuclear, along with the deployment of more batteries, electric cars, and carbon capture and storage for industries, such as cement, steel, and ethanol.

1. Afforestation and reforestation Annual capture potential: between 0.5 and 3.6 billion metric tons. Current estimated cost of capture: between $5 to $50 per metric ton.

A carbon sink. It’s a “mature technology” and is the simplest to understand: Just plant more trees, and replace the ones that have been cut down. The downside: just planting trees is not enough, as the annual capture potential is lower than what’s needed.

Trees need a lot of land and soil (along with a supporting climate) to grow optimally, and it’s not clear that we have enough to support a massive effort to plant more. There are other problems: Converting large pieces of arid land into forests will reduce the amount of light and heat that is currently reflected back into space, known as the “albedo effect,” which reduces the carbon-cutting effect of new forests. And, finally, forests only store carbon dioxide for decades to centuries at most. That’s a blink of an eye compared to geological formations that can store carbon for thousands or even millions of years.

2. Bioenergy with carbon capture and storage (BECCS) Annual capture potential: between 0.5 and 5 billion metric tons. Current estimated cost of capture: between $100 and $200 per metric ton.

DRAX The cooling tower of the UK’s largest power plant, which is trialing BECCS. This technology combines two separate innovations. Carbon capture and storage (CCS) injects CO2 deep underground, where it’s stored in rock foundations—essentially like extracting natural gas but in reverse. Some 19 plants around the world have store approximately 40 million metric tons underground each year. Most climate scenarios require carbon capture to mitigate emissions from power plants and industry.

Bioenergy is the use of biomass to generate heat and power. In theory, burning wood is considered carbon neutral because it is only releasing carbon dioxide that was captured in the first place when the plant was growing. If CCS is used to store those emissions underground, then the total emissions from the process would arguably be negative.

The trouble is that scientists aren’t yet sure if biomass can always be considered carbon neutral. As Quartz previously explained, “The carbon dioxide released by burning trees, some experts say, is not recaptured back by new trees for many years. In that period, the greenhouse gases released will have contributed to heating up the planet—a process that cannot be negated by the new trees. In addition, felling a tree tends to release carbon that’s been trapped by the soil surrounding the plant.”

There are also concerns that, if we rely on using the technology for all negative emissions, we may not have enough land to grow the trees needed to be burned. That may even push against the world’s need to keep feeding a growing population. Finally, though we know there is enough potential to store carbon dioxide underground, the types of rocks and regions needed are not evenly spread out. That means, to make BECCS work, we will need to also build infrastructure to move carbon dioxide from where it is produced to where it can be stored.

CLIMEWORKS Climeworks’ direct air capture plant in Troia, Italy opened on Oct. 1, 2018. Direct air capture takes BECCS one step further. The idea is to directly suck carbon dioxide out of the air and store it underground. There are currently three startups in the world that have working technologies, but the costs are so high that the startups have only built demonstration projects so far.

Climeworks, a Swiss startup, estimates its costs are between $600 and $800 per metric ton of CO2 captured. Carbon Engineering, a Canadian startup, puts it at closer to $250 per metric ton. In either case, the cost is many times the cost of CCS applied on coal or biomass power plants. But the technology has the advantage that it doesn’t need to be located where the CO2 is produced. Instead, it could be placed where the CO2 is to be injected.

4. Soil carbon Annual capture potential: up to 5 billion metric tons. Current estimated cost of capture: between $0 and $100 per metric ton.

The amount of carbon contained in the soil is a balance between carbon inputs—litter, residue, roots, manure, etc.—and carbon outputs—respiration or soil disturbance. To increase the amount of soil carbon, inputs need to do be more than outputs. The methods of achieving the goal vary, including adding manure, decreasing soil disturbance, grazing optimization, and the planting of legumes among many others. Each of the techniques is designed to help add more carbon to the soil. The challenge: As soils are enriched in carbon, it gets progressively harder to add more carbon, and the process becomes more expensive. There are also concerns of that the amount of carbon stored in any particular year may not always remain stable in the soil. That said, the researchers note that soil carbon has been managed for millennia (knowingly or unknowingly), because the upshot is improved agricultural production. Thus there is intimate knowledge among farmers in different regions of the world. Better still, the technology could be deployed today, and the monitoring needed to ensure soil carbons stay there can catch up later.

5. Biochar Annual capture potential: between 0.5 and 2 billion metric tons. Current estimated cost of capture: between $90 and $120 per metric ton.

Biochar is created by the thermal degradation of biomass, usually wood, in the absence of oxygen. When added to soil, it has the ability to increase the amount of soil carbon—more than what can be achieved through conventional means. Beyond storing carbon, the use of biochar leads to greater retention of water in soils and reduction in methane and nitrogen emissions. The difficulty with this technology is that so far most studies have only been done on a small scale. Additionally, if it does scale up, it will consume vast amounts of wood, which, if not harvested sustainably, could have other impacts on the climate.

6. Enhanced weathering Annual capture potential: between 2 and 4 billion metric tons. Current estimated cost of capture: between $50 and $200 per metric ton. In Oman, scientists collect samples from one of the world’s only exposed sections of the Earth’s mantle to uncover how a spontaneous natural process millions of years ago transformed CO2 into limestone and marble. Some minerals have the ability to react with and capture carbon dioxide, as the natural forces cause the rock to break apart and expose unreacted parts. Enhanced weathering accelerates that process by grinding the rock and then spreading it on a piece of land to increase its exposure to the atmosphere. As a side effect, the alkalinity (opposite of acidity) of weathered rocks can also help improve soil quality.

In Oman, for example, peridotite exists in vast quantities. When exposed to air, it reacts and forms carbonate minerals that can be seen as white-colored veins in rocks. It is estimated that the region could help store as much as 1 billion metric tons of carbon dioxide each year. As with biochar, there aren’t large-scale studies of enhanced weathering’s impact on geochemical cycles and on the biomass and carbon stocks in the soil and in plants. The cost is also highly dependent on where the rocks are mined, and where and how they are crushed and spread.